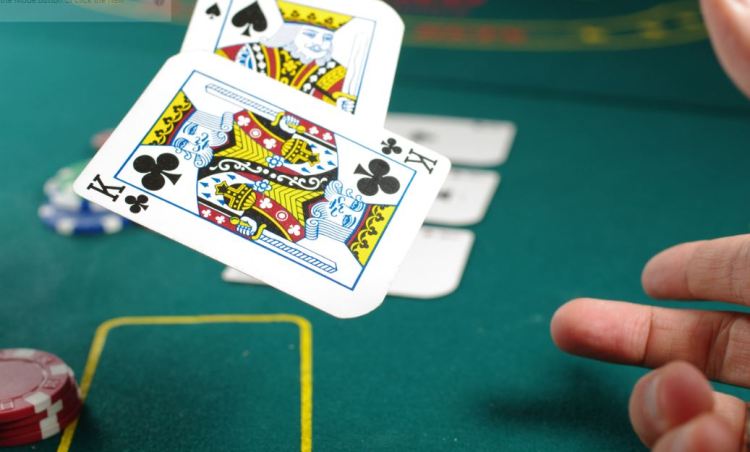 When I met Chandrakant during my tenure in the previous organisation, I found him an inflexible and lost person. Although his arrogance offended me initially, soon we had talking terms. With maturity, we started sharing our ideas and developed a sort of workplace friendship. Later I came to know about his story, which I think is unique enough to share.

During the beginning of his teenage, he got into a mystifying trap of a tantric who said it to him that he is a reincarnation of a great king happened to be in the ancient India. The tantric who claimed authority in past telling convincingly seeded the virtual, unknown truth about the past in his mind with some details about the king. One of the details was that the king emerged from a common man through various political struggle but made an impact. He added that a similar Kingdom is due in his existing life too. The movable tantric vanished but seeded the conception of the King deep inside the mind of Chandrakant Gupta.

Chandrakant was enrolled in science during his secondary education, but the past life analysis as told by that tantric induced him to study ancient history. Despite the fact that tantric mentioned ‘India’ in the architecture of his previous life, Chandrakant, minimising any possible risk studied ancient history of the whole world. After drawing multiple parallels, one day, he declared that he is the reincarnation of Chandragupta, the founder of Mauryan Empire in ancient India. Coincidently there was a reflection of Chandragupta Maurya in his name. Soon he started behaving like a king and the first thing the changed behaviour impacted was his studies. Once an exemplary student, he fell to an average one. That was the beginning of his so-called ‘struggle’ to his raja-yoga.

The intensity of struggle may vary but it never ends. After completing his graduation he tried for civil services but could not get through. As he was already convinced that a service is not his ambition, he waited indefinitely long for his Raja-yoga to take over. Finally succumbing to family pressures he opted for a degree in management and got a job in the corporate world. He did well and succeeded in a new empire which was not his own. Yet his above average accomplishments could not make him happy as he was still discovering his true north, the destined truth he believed for years.

With no other option coming to his way, he decided to re-analyze his past life and future, knowing that it is almost impossible to find the same tantric he met years back, he tried an astrologer. The astrologer was not so expert to discover the Mauryan-Empire in him, but he had something to say about his future. The summary of his at-length discourse was that he is still to reach his peak, as so far he hasn’t lived to his potential. Guptaji, knowing his virtual struggle could not disagree more and felt happy that wait is not reached its end. To make this certain he got some gems and rings to wear from that astrologer and returned happily with his uplifted ecstatic emotions. His king like feeling revived for some more time but started fading again in next few years as nothing like his known destiny was visible to him. Soon his unhappiness transformed into infuriation, frustration and discontentment making him weird in his attitude. He developed a different kind of arrogance difficult to explain.

In one of the usual days, knowing that I write blogs in philosophy he reached out to me and shared all his story from the past life analysis of tantric to empire due in future. I remember that day when Chandrakant was little down with elements of hopelessness, he wanted to discard his own theory of himself he had developed since his teenage. He introspected and declared that probably both the tantric and the astrologer did not know anything about his past life or future.

“What if tantric had told me in an intentional lie?” he enquired himself in one of the casual talks with me. He asked specifically ” what do you think of lying? I know you read a lot, you have an authority over ancient philosophy, and you also write blogs on Bhagavad Gita, I am sure you must have a clear view on the subject of lying, don’t you?”

“I like working on these subjects, but I am afraid whether I have an authority on it, your assessment of me looks exaggerated” I replied trying being humble although I liked the compliments beneath his words.

“I know it is a vast area, but in any case what’s your views?” he persisted.

I said, “a lie could be an effort to hide the truth, but it may not be the absence of truth at the same time” I made an intentional diplomatic statement. But I opened the subject which was about to sink me in an auto-generated pool of dialogues. I further added “Scott Peck in his book ‘the road less travelled’ talks about two types of lying, white lies and black lies. According to him, a black lie is the one which we made intentionally knowing that it is false, while a white lie is hiding some or significant part of the truth. Both are not the truth so must be avoided. But there are some version when a lie is acceptable”

“How can an untruthful falsehood be acceptable in any situation?” He probed

“Take an example of the parents who are struggling in their relationship, they are considering separation but undecided due to their child who is too young to understand the complications of a week companionship. They hide their struggle in the relationship from their kid, portraying just the opposite. Now hiding the truth is also a form of lie, it is acceptable in such a situation, isn’t it?”

“In a way yes, but isn’t it a kind of exceptional situation?”

“I will give another example, a mother praises her kid for qualities she never verified whether the child actually has those qualities. It increases the confidence in the kid and mostly they develop such qualities while growing up by sheer pseudo believe that they have those. Unknowingly though, the mother uses such lie for a purpose.”

“I am surprised, a lie could have an intrinsic purpose other than mischievous personal gain,” he said doubting my logic.

“Yes, a lie can have a virtuous purpose, there are multiple references in Mahabharata such as the case of Yudhishthira who lied to Dronacharya saying ‘Ashwatthama is killed’ that was endorsed by Krishna himself visioning the bigger purpose of war. There is another example when Krishna created a false sunset to bring Jayadratha in front of Arjuna helping Arjuna taking his revenge, there are numerous such examples”

“If a lie can be justified, then what is the validity of truth?”

“Truth is a philosophy which says it never changes. The reality is nothing in this word we see or hear is original, everything is a deformed or changed state of its own fundamental nature. Vedic philosophy terms even the earth and the sun a kind of deformed state of incessant fundamental nature. We are already living in an untruthful state. That’s why there is a purpose for everything to return back to its original state, that’s the truth”

“This was a bouncer, I duck.’ He was lost in my reasoning and I felt that perhaps I got into a negative reasoning zone. But in any case, I had to defend the theory of truth about lying I established just then during the conversation.

“Let me explain this with an example of a lump of coal, when we see it we identify it as ‘coal’ but in reality, it is a deformed state of various elements of nature that combines with energy. If we burn it, all fundamental elements go back to their original state releasing energy which transforms itself into heat and serves a purpose. There is a moment of truth even for such a non-living thing as coal. We, humans, are no different” I said this and in the back of my mind, I was surprised that it’s a philosophy which I never thought of before, evolved from such a casual conversation.

“Truth looks so complicated,” he said in a dejected manner. I felt agreement in it.

I tried to conclude, “Truth separates reality from perception. Mostly we live in perception, which may or may not be a truth.”

“So you suggest that what I felt is correct; both the tantric and the astrologer lied to me. Is there a possibility of any purpose in such lies other than their immediate gains from me?”

“Well, they may have presented a deformed truth which everyone will believe in almost every context. However accomplished you may be, statements like ‘you have more potential than what you achieved’ is always a truth and applicable to everyone. There are such statements as ‘you are pure inside’ or ‘Often people misunderstand you’ always perceived as true due to their psychological value. Wouldn’t they sound good to everyone?”

“Looks logical, I may have lived in a false world,” he said in a conclusive mode with a helpless tone.

I felt that perhaps my reasoning disappointed him disturbing his own beliefs of himself. I need to conclude the conversation with a positive note.

“You may not be completely wrong, you discovered Chandragupta in you but where is Kautilya, the Chanakya who made Chandragupta the emperor? Don’t you think that you need to discover ‘Kautilya’ first?”

He gave me a confused, baffled and puzzled look.

I continued, “search of Chandragupta is easy as there are few with such an ability and eligibility. But searching Kautilya is tough as everyone here is gyani. Right from messages in Facebook and Whatsapp to people around you, you will find gyan for free, everyone is a look alike of Kautilya, and as I am giving this lecture to you, I also fall in the same category”

He understood the new perspective, sighed and looked introspective as if he is promising something to himself. The conversation came to an end, he left and in next couple of month till I worked in that organisation and after we never had a similar discussion again.

I was almost not in touch with Chandrakant for years after I left that organisation. I never tried to know about him either. God knows whether he could have found his Kautilya, and perhaps discovered his true north. But I know that all of us have a Chandragupta somewhere inside with a hidden desire and ambition. The irony is we never try to discover the Kautilya who can transform any Chandragupta into an emperor. We never even know that such Kautilya could be inside us as well.

Photo by Michał Parzuchowski on Unsplash

"Jack of all, master of some" View more posts